On Thursday, Facebook announced the rollout of a new “Reactions” buttons, in which it allows users to respond to posts with six emoji-inspired faces, as well as the traditional Like.

You can see how this new feature works in the video below which was posted by Chris Cox, chief product officer at Facebook.

In the video description Chris also shared his insights about this new feature saying, “As you can see, it’s not a “dislike” button, though we hope it addresses the spirit of this request more broadly. We studied which comments and reactions are most commonly and universally expressed across Facebook, then worked to design an experience around them that was elegant and fun. Starting today Ireland and Spain can start loving, wow-ing, or expressing sympathy to posts on Facebook by hovering or long-pressing the Like button wherever they see it. We’ll use the feedback from this to improve the feature and hope to roll it out to everyone soon.”

Back then in September, Marc Zuckerberg said that the company was working on a feature to satisfy people who’d been asking for new ways to interact with posts. A number of individuals assumed that this would be the inevitable “Dislike” button, however these new options allow for a greater range of responses.

So now if you Facebook users can have the option to react to different posts found in their newsfeed in a more effective manner without necessarily drawing the attention and ire of the online community.

As mentioned earlier, Facebook came up with the six new emoji reactions by studying which comments and reactions are most frequently and widely used across the site.

According to a Thursday post by Facebook’s chief product officer, Chris Cox, the feature will be tested first in Spain and Ireland and will be available on both mobile and desktop versions when it launches. 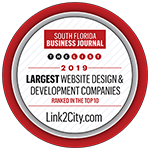